M&E operates three indexes with its partners which demonstrate the effectiveness and accuracy of M&E Ratings in predicting equity performance. M&E Stars Indexes have strongly outperformed their benchmarks over years. 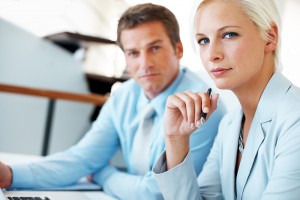 Unlike other portfolios, the M&E Stars Indexes screen and weigh their components according to their M&E Rating scores. Companies with higher sustainable management rating scores will benefit from a greater weight in the indexes than companies with lower scores.

The result is a consistent outperformance over leading benchmarks. The oldest M&E Stars Index, the M&E LatinFinance Sustainable Stars Brazil Index, has outperformed the Ibovespa benchmark since its inception in December 2009 between +60% and +70% for a year.
The approach employed in the M&E Stars Indexes is fundamentally different from other portfolio approaches in that it,

The financial crisis of 2008 was a result of governance weaknesses which were not quantified or priced in. The crisis cost the World an estimated $20 trillion Dollars--over $7 trillion more than World War II. With the M&E method, the governance and operational risk of companies can be calculated, weaknesses pinpointed and remedied.
Read More

SMART ROI ™ (trademark in the USA) and ROS® (trademark in all other markets) accurately calculates and raises the Return on Investment of human capital and governance processes of all kinds, ranging from employee training to corporate culture, governance, IR, certification, marketing and CSR. SMART ROI™ / ROS® is a registered trademark used on over 110 clients projects with a total volume of $5 billion.
Read More

More than $ 1 trillion is expected to be invested in critical infrastructure around the World over the next decade. Yet there is no true risk analysis method for putting a real number on costs. Thus, investors are holding back investing in infrastructure. Value for Risk (VfR) builds on the Value for Money method which inadequately projects returns of infrastructure investments for PPP´s. Value for Risk calculates and balances risks within PPP´s, making them predictable investments for all stakeholders.
Read More